It was barely a few weeks into their home addition project, but Lindsay and Phil Traill were overwhelmed. The couple had made a casual trip to the flooring store to pick something for their new kitchen and family room, which they were adding to their two-story home in Santa Monica, California. But they hadn’t anticipated a tyranny of choice.

“There are a million options,” Lindsay said. “You read loads of stuff -- some people say the finish matters, some people say the density matters more, and then you’re left to decide among endless possibilities.” The Traills had moved to Santa Monica from London, where the average age of homes is far older than those in Los Angeles. They were used to solid, wood floors for houses that were built to last for dozens, if not hundreds, of years.

But besides the year-round sunshine and movie-star sightings, L.A. also bore another key difference from the Traills’ hometown. Homes in Southern California tend to be built on concrete slabs instead of plywood, which makes installing solid hardwood floors less appealing, largely because installing hardwood into concrete requires much more money, time, and retrofitting of the floor. The construction of the Traills’ sub-floor, then, was the first significant reason why they abandoned their affinity for solid wood went instead with the engineered stuff.

Part of their learning curve was understanding what engineered wood was to begin with. As they explored their multitude of options with their builder, the fog of overwhelm began to lift, a little. Engineered wood is comprised of multiple layers of dense plywood, stacked in opposite directions for extra stability and longevity, with a top layer made of solid hardwood. The number of layers depends on personal choice and the needs of each home, but the thickness usually runs from ⅜ inch to ½ inch; solid hardwood almost always comes in ¾ inch-thick plants. The choices of what that top layer is made of and what finish it gets are endless, but the essential construction of engineered hardwood is the same across styles and brands. Similarly, the hardness of solid wood ranges widely, depending on the type of tree (engineered hardwood also has a range) but are inherently harder to begin than, say, a solid pine plank or piece of fir, because of their multiple layers.

In addition to its construction, the way that engineered hardwood floors are installed differs from that of solid wood, too -- as the Traills quickly discovered. Instead of being nailed into floating sub-floors, like solid hardwood, engineered flooring is designed with tongues and grooves on each side that interlock with the other planks, and adhere directly to whatever surface is below. Ambitious DIYers can lay the floors down themselves, but it can get tricky at doorways and more intricate spots.

Engineered hardwood also boasts better resistance to moisture than its solid-wood counterparts. Whereas solid wood will expand and contract over time with repeated contact with water, the construction of engineered planks prevents that kind of instability. That makes them good options for bathrooms, kitchens and basements, where moisture is more prevalent

According to Debbie Gartner, who’s better known as The Flooring Girl, finding out what a sub-floor is made of should be the first step in making remodel decisions. “That’s one of the biggest mistakes people make,” she said. “People go to the store and buy first.” Yet, Gartner estimated that 75 percent of flooring choices are determined by the sub-floor. After that, it’s about taste, lifestyle and comfort, among other factors.

In the Northeast U.S., where Gartner is based, homes tend to have plywood sub-floors, which make it far easier to install solid hardwood floors. In colder climates, where plywood sub-floors exist, solid hardwood is her preference. “It’s better because it’s going to last more than 100 years,” she said. That said, in terms of resale value, engineered hardwood isn’t a huge factor. Considerations, said Gartner, should be focused more on suitability for each specific place.

“Solid hardwood is not the best thing to do if you’re in a humid environment or near the water table,” she said. “But if I’m in Texas or Florida, in a place with a lot of humidity, then I might want an engineered hardwood floor, because they’re built in perpendicular layers which cancel out potential buckling.” The Traills, for example, live barely a mile from the beach, making for more salty, humid air that can warp solid wood over time.

After sub-floor and climate, lifestyle is the next element to consider. Along with their cat -- appropriately named Kitty -- the Traills have three children between the ages of eight and 14, and they often host friends and family from the U.K. and beyond. In designing their addition, they wanted a functional family and living area with a big, airy kitchen. The back wall of the addition would be a set of retractable glass doors, for a seamless boundary between their kitchen and their brand-new swimming pool.

Between heavy foot traffic, wet feet and the occasional soccer ball hitting the floor, the Traills needed flooring that could stand up to their busy family life. For that reason, they went with engineered wood with a top wood layer on the thicker and harder end of the spectrum. “The more depth you have of the wood at the top, the harder [the flooring] is,” said Lindsay. From choices that ranged from 1mm thick to 5mm, they chose an oak with a 3-mm wood layer -- a healthy compromise in both price and durability.

Finally, with a bright, modern aesthetic that incorporates pops of color -- think a dark blue wall here, a set of pink tiles there -- the Traills wanted floors that were as natural-looking as possible. Living near the beach in a colonial-style home, going too modern didn’t work with the family’s upbeat, humorous sensibility. But neither did going too beachy, which could come off as contrived. Happily, the current trends in flooring meant they had -- yes -- plenty of options. 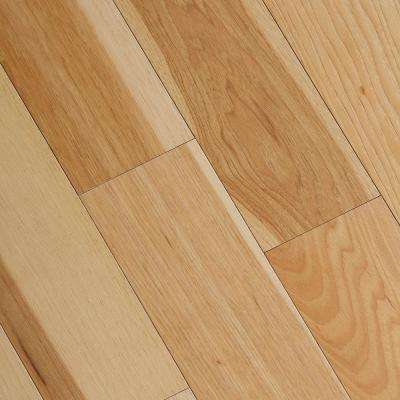 Right now, said Garten, customers are tending to go with wood finishes that are either extremely dark, close to black, or extremely light, like natural woods, whites and grays. The Traills’ eventual stain of choice? Oak Donar, a brownish-grayish blend which, to the untrained floor-observing eye, looks like the real, solid-wood thing. That’s also right in line with where the industry is going, according to Garten. Brown-toned, wood-like grays are becoming a popular option, while reds, yellows and oranges are out. There’s even a color called “Greige” (you guessed it, a mix of gray and beige) now on the market.

Yet even after careful consideration of these major factors, there’s no one-flooring-fits-all. One set of choices -- like, say, installing plywood over a slab to allow for a solid wood floor -- leads to other compromises, like refitting cabinets to match the higher floor. That puzzle, a mix of literal underlying factors and personal preference, makes for an interesting stage of homebuying or renovation. Which, arguably, is what keeps people like Garten engaged in the myriad details of the milieu. In flooring, she said, “everything is a tradeoff.”

Tiling over concrete? DO THIS to prevent disaster!

Floor Sheathing: How it gets made. 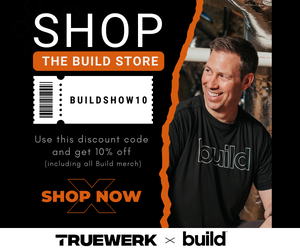 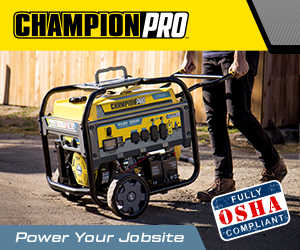 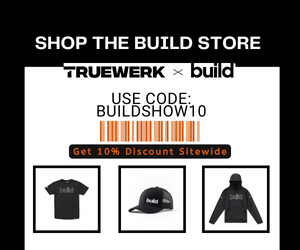